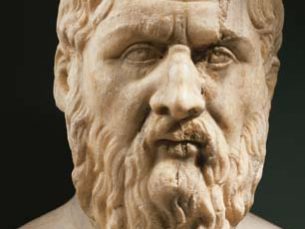 Why does Hollywood want viewers to think that death is preferable to life with a disability?

“This is the kind of medical provision you should legislate… provide treatment for those of your citizens whose physical constitution is good. As for the others, it will be best to leave the unhealthy to die…”

No one should be under the illusion that Hollywood mimics reality. The film industry is in the business of make-believe. It is not meant to be a reflection of “real-life.” At the center of this make-believe are the characters. Overwhelmingly, they are physically-perfect, flawless, aesthetically perfect humans. Hollywood often showcases this “ideal human.” It’s why the images of actors and actresses undergo the process of “beauty work,” countless hours of work, in which artists digitally retouch and enhance their subjects to look unnaturally flawless.[1] The purpose of this process is to make people look naturally perfect. They are meant to be something that audiences should emulate. After all, who wouldn’t want to be young and in peak-physical condition? Regardless of how that perfection is obtained.

People who do not uphold the ideals of genetic perfection, or are limited through disability, seemingly have no place in that version of society. It is why the character Will Traynor in “Me Before You,” and Maggie Fitzgerald in “Million Dollar Baby” ask to be euthanized. They were respectively wealthy (Traynor) and athletically gifted (Fitzgerald), when they saw their position in society turned upside-down by their disabilities. Despite having people who cared about them and for them, they persisted in their wish to die. These characters perfectly represent the belief that it is better to die than to live with a physical disability.

This view is nothing new. Thousands of years ago, Greek society shared this belief. Plato wished to rid the population of people with disabilities because he felt that they did not have a quality of life associated with human dignity[2]. This position seems eerily similar to the one upheld by the film industry. Is Hollywood nothing more than a 21st Century version of Plato’s Republic? Have our pillars of entertainment failed to evolve beyond a 2500-year-old opinion of the physical ideal? More importantly, should we expect better from the mainstream film industry? After all, many people watch movies to escape from reality. Make-believe, more than reality, creates far better entertainment and an easier escape, all the while giving the audience something to aspire to: physical perfection.

Ancient Greek civilization formed the bedrock of western civilization. However, we decided long ago that not all aspects of their society were ideal (They believed that day to day life was controlled by omnipotent, immortal beings, who often had a cruel sense of humour). We eventually discarded many of those ideals. Isn’t it time the film industry drops their views on physical disabilities? Or perhaps we should pray to the gods of love and beauty to make it so.