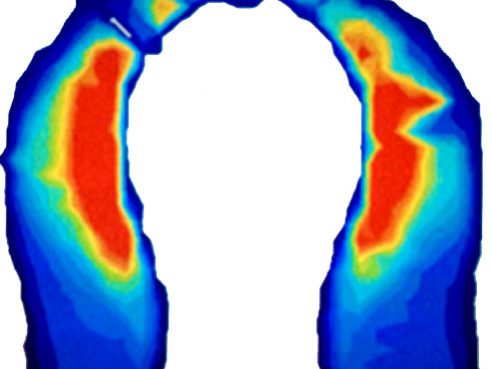 Roughly 50% of all admissions and 8% of all deaths at specialized spinal-injury hospitals are due to pressure sores, now commonly referred to as pressure injuries. These numbers indicate that pressure injuriesi represents one of the most pressing issues in the healthcare industry. The cost to individuals, health institutions, and governments is large enough that this issue cannot be ignored.

In the US, pressure injuries impact about 2.5 million people. These injuries often result in lengthy hospital stays, increased pain, and in some cases, death. Approximately 50 percent of Stage 2, and 95% of Stage 3 and 4 pressure injuries do not heal within 8 weeks.  According to the Agency for Healthcare Research and Quality, AHRQ, roughly 60,000 patients die each year as a direct result of pressure injuries. Beyond the individual, hospitals and insurance providers also face numerous issues. In the US alone, pressure injuries cost between 9.1 and USD11.6 billion annually. The Society of Actuaries believes that the cost of treating an average pressure injury is more than $10,000. That cost can rise to over $150,000 in severe cases involving hospital stays. Additionally, the costs of legal proceedings related to pressure sores add significantly to the overall costs to society. More than 17,000 malpractice lawsuits are filed every year due to pressure injuries. On average, these lawsuits paid out close to $250,000, with some cases reaching as high as $300 million. Roughly 87% of the verdicts favoured the plaintiff.  Meanwhile, in the United Kingdom, the cost of pressure injuries falls directly onto the government-funded National Health Service, NHS. It is estimated that while the majority of pressure injuries could be avoided with proper equipment and care, pressure injuries cost the NHS between USD2 billion and USD3 billion dollars every year.

While these individuals may use their wheelchairs for most of the day, the need for other equipment, such as shower commode chairs, may expose them to risks that have been avoided in their wheelchairs. Because many who use wheelchairs also use shower commode chairs, and because these individuals can spend as many as 3 hours in their bowel / hygiene routines, Raz Design has designed a range of rehab shower commodes with seats designed to solve two critical issues regarding seating: The first is the reduction of average pressures on the seating surface. The second is the redistribution of pressure such that the low-risk areas bear proportionally more of the loading and, conversely, the high-risk areas take less of the proportional loading. Raz seats are specifically designed to solve both of these issues.

Many wheelchair users require rehab shower commode chairs for their bowel and hygiene routines which can last 3 hours or more.  Raz Design has developed a range of rehab shower commode chairs that can be configured and adjusted to address an individual’s unique seating, positioning and pressure management needs.  Raz offers 25 different commode seat configurations (not including custom) with apertures that are optimally sized and located so the user’s Ischial Tuberoscities (IT’s), which are typically the high risk areas for pressure injuries, can be safely suspended in the aperture.  To address different body shapes, sizes and postures, Raz offers the Ischial Pelvic Alignment System (IPAS) which features 2” of fore/aft adjustment to accommodate the user’s pelvic rotation/position and allows the aperture to be centered around the user’s IT’s.

This is a crucial detail as each individual can use the 2” margin in movement to adjust the chair to optimize their posture and seating based on personal traits such as height, weight, posture, etc.  Contouring further optimizes distribution of loading by mimicking an emersion effect and better matching body contours. This prevents excessive, localized loading that is inherent with flat seating surfaces. Additionally, the front surfaces that support the thighs (low risk area) are elevated slightly in order to bear a higher proportion of the loading. Footrest adjustment is critical; the underside of the thighs must be load bearing.

For users who are at greater risk of pressure injuries due to skin conditions and extremely long bowel / hygiene routines, Raz offers two tilting models that redistribute the user’s weight for lower average pressures.

Given the physical hardships resulting from pressure injuries, it is vitally important for both therapists and clients to give more consideration to seating on shower commode chairs. Ultimately, the cost of a high-quality shower chair will prove to be better value for both the funding agency and the client. Pressure injuries can add significant challenges for those already challenged by physical disabilities.

*The figures below are images of pressure mapping done of the buttocks of a male clinician seated in two different rehab shower commode chairs. In the picture on the left, Figure 1, the male clinician is sitting in a Raz chair. Figure 1 shows an efficient distribution of the individual’s weight across the seat. The large blue areas indicate areas of lower pressure.

Figure 2, measured on a chair made by a different company, shows a drastically different weight distribution of the same clinician. Note the large areas of red and yellow, indicating significantly higher pressures than those on the Raz. Higher pressures correlate with higher risks of developing pressure injuries.